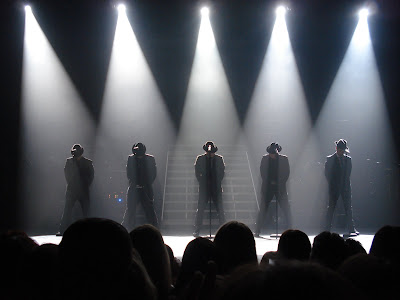 I have previously mentioned my love affair with New Kids on the Block and it remains ongoing. I don't know what it is ... I think them coming back is just so nostalgic for me. I love it ... I love them. LOL.

Two days before we left for Russia to go get Nika, I went on a road trip to Atlantic City with my sister-in-law, Shay, and two of our friends. We had SO much fun and pretty much felt like we were in high school again ... which I think is okay for one day. LOL. We jammed to NKOTB on the way there and we honked and waved at other NKOTB fans we saw on the road. We even wrote out some of rap lyrics in the songs so we could master it at the concert. Dorks we are, I know.

When we got to Atlantic City, we found the Comfort Inn ... only it looked like the Ghoul Inn. No wonder it was only costing $49 a night, which is nothing in Atlantic City. Anyway, the hotel seriously looked deserted and I told them there was no way I was staying there. So we called to see if we could even cancel since at this point we were supposed to be checking in. Lucky us, they couldn't find our reservation and after a whole rigamaroll, we were able to cancel.

We ended up getting a room at Trump Marina, which is across from the Borgata where the concert was. We quickly got ready and went over to the Borgata to find tickets. Did I mention we didn't have our tickets yet? LOL. We planned to try to find a scalper before the show, but it was getting late and there aren't really scalpers at a casino venue. So after hearing there were only 14 tickets left, we got in line. I bought my ticket and right then, some older millionaire Borgata gold card holder walked up and offered us two free tickets. Score! And right after that, a girl asked me if we needed a ticket and that she would give it to us for $50 ... plus she had an early bird bracelet to go with it. Score twice!

Since we had an early bird bracelet, at least one of us was allowed to get in the line to go in early, since it was a general admission venue. We ended up getting another bracelet from security by batting our eyelashes, so Shay and I went up and got in the early bird line, while our two other friends stood in the regular line. We ended up sitting up there for like two hours, and since our bracelets were not issued together and had different numbers on them, we were about 50 people from each other in line. It was fun to mingle with other fans that are having a love affair just like we are. There was also a lot of fighting and psycho fans that were afraid someone would cut in front of them in line.

Once we were let into the venue, I got in first and secured a spot about four bodies back from the stage. Shay came in right after me and our other two friends ran in a few minutes later, so we were all together again. Since it was general admission, we couldn't leave our spots until the show was over, so that meant no drinks, no snacks and no potty. That was hard!

There were two opening acts and NKOTB finally came on stage. It was so awesome to be so close to the stage ... we had such a great time ... Jordan even pointed at me! LOL.

Here are some of the pictures that Shay got ... they turned out really good! 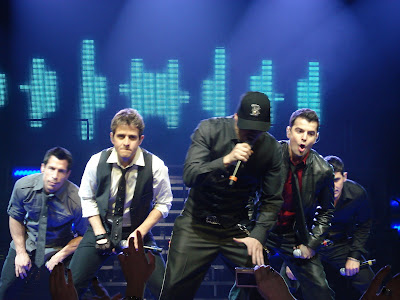 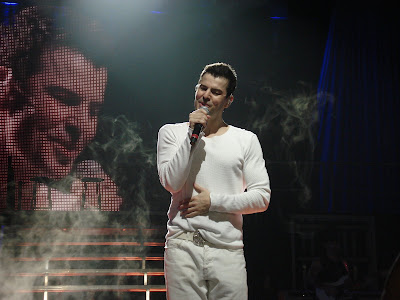 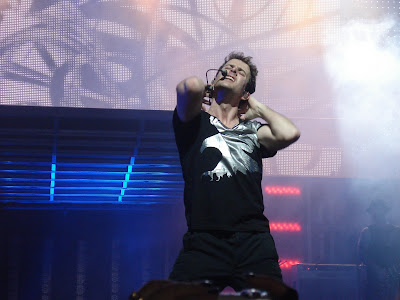