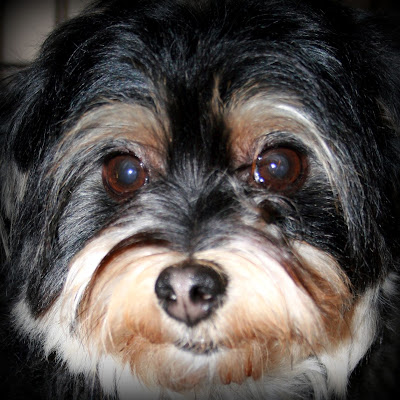 I'm not quite sure what it is, but I always seem to get stuck with dogs that hate being groomed by professional groomers. This leads me to become one with my scissors and by golly, I've gotten good over the years!

After reading this post and this post by Leah, I was reminded of how much I hate the other part of grooming ... trimming nails. Ugh. Our first dog had light nails, so it wasn't so bad. But our dog now has black nails ... and it sucks. Seriously, how do you know when you are going to hit the quick? I usually try to let the vet do it, but we aren't at the vet often enough, so I try to trim them myself, which I clearly dread, so it doesn't get done and then they get too long and then I'm worse off than where I started. Breathe.

So after getting my lesson from Leah the other day, I was all pumped up and decided it was time to cut my dog's nails. I had previously decided I would go buy some of this "stop bleeding" stuff Leah talked about, but whatever ... I was good and I would not hit the quick. Right? Hahahaha ... I suck. I hit the quick. Twice. One wouldn't stop bleeding. We put flour on it, but she wouldn't stop licking it. So we ended up with this ... 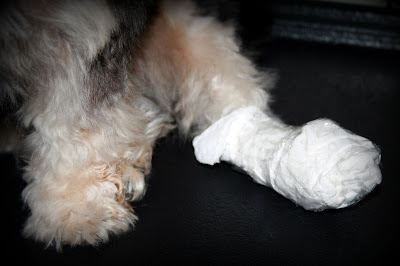 I'm sorry Zoe, I really tried. I promise I'll take you to the vet next time.
Posted by Bethany at 8:16 AM