31 for 21: Day 5 {Everything you never wanted to know about Down syndrome}

In the Down Syndrome Child it is imperative that the parents become educated to
understand what is happening inside their child’s body and cells. It does help to have a
basic knowledge of cell biology, and also a basic knowledge of biochemistry, before
attempting to master this important subject. It is the parent's responsibility to become
educated in their child's condition to stay abreast of the dynamic needs of the Down
Syndrome child.

Down Syndrome behaves much like a degenerative disease. In the Down Syndrome
patient there is much biochemical damage done to the cells because of the replicated
21st chromosome that is a part of the patient's genetic make-up.

The cell consists of an outer cell membrane, the liquid cytoplasm interior, the nucleus
which contains the DNA, and various organelles to perform different tasks within the cell.

These phospholipids spontaneously line up to form the cell membrane in bilipid layers by
putting their heads outward and butts tail to tail with another phospholipid to form a
unique selectively-permeable membrane. 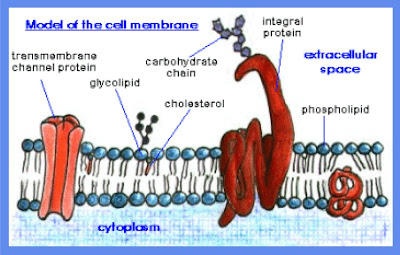 This membrane has the ability to keep fat and water-based chemicals out of the cell
while still allowing water, oxygen, and carbon dioxide and other nutrients to pass
through. It also allows enough flexibility to incorporate different transport proteins among
them.

Some transport proteins move nutrients and chemicals into the cell while other transport
proteins move waste material out of the cell. This is critical for healthy function of the
cell. For the transport to work correctly, the cell membrane must remain fluid for the
proteins to change shape as it transports different shape and sized nutrients, chemicals,
and wastes in or out of the cell. If the proteins are limited in their flexibility by limited
flexibility of the cell wall they cannot properly perform their functions. Fluid movement of
the cell walls is lost in the natural aging process of the body and also by transfatty acid
incorporation into the cell membrane. Loss of fluid movement in the cell wall is
accelerated in the Down Syndrome patient and is a particular problem for Down
Syndrome patients.

In the Down Syndrome patient, the fatty acid portions of the cell membrane are more
prone to chemical damage than the genetically “normal” subject. This damage is a
process called lipoid peroxidation, or "oxidative stress." The end result of this oxidative
stress is that the cell membrane loses its flexibility and the transport proteins can no
longer function properly. When transport proteins do not function properly, chemical
waste begins to accumulate inside the cell and will ultimately kill the cell. The cell also
starves for nutrients because it can no longer effectively transport its food from the
outside world in.

Vitamin E, along with other antioxidants, is essential to protect against oxidative stress.
While dietary intake of essential fatty acids provides material to repair damaged cell
membranes.

The cell nucleus is where the DNA (Deoxyribonucleic Acid) resides in a cell. This is
where the process of "protein synthesis” begins.

To make a protein, a portion of the DNA inside of the nucleus unzips to generate a
section of RNA (a molecule similar to DNA but which is used in the making of proteins).
A new strand of RNA is formed to encode the unzipped DNA portion. Amino acids are
the building blocks of proteins that are then strung together according to the instructions
in the RNA to make the protein.

Once the protein is made, it moves to its place in the cell where it is designed to perform
a specific job.

DNA production in Down Syndrome is one of the places where the extra 21st
chromosome comes into play. Chromosomes are made of DNA. But because there is an
extra copy of the 21st chromosome in each cell of the Down Syndrome patient, therefore
there are more copies of proteins produced than are needed for the normal chemical
reactions that occur in a cell. In some cases, these extra proteins cause metabolic
imbalances, which lead to an excess (over-expression) of some chemicals and a
deficiency (under-expression) of others in the body. (Metabolism is the sum total of all
the chemical reactions in the body.)

An example of an excess that causes metabolic imbalance is the superoxide dismutase
or SOD gene which is on the 21st chromosome. SOD is half of a two-step process to
take a poisonous form of oxygen, called superoxide, and turn it into oxygen and water.
This SOD, because it is manufactured on the replicated 21st chromosome in Down
Syndrome, is made in larger quantities than normal. The enzymes used in the second
half of this process are either catalase or glutathione peroxidase. Glutathione peroxidase
and catalase are not over-replicated as is SOD and is therefore not expressed in
balance to SOD.

In the first step of this two-step process, SOD takes the toxic superoxide and turns it into
hydrogen peroxide. However, in step two of the Down Syndrome patient, there is not
enough glutathione peroxidase and catalase to break down the hydrogen peroxide into
oxygen and water fast enough. This leaves excess hydrogen peroxide in the cells until it
finally reaches toxic levels and eventually destroys the cell from within. This is called
Oxidation ( the same process that rusts metals and turns apples brown). Hydrogen
Peroxide is especially toxic to nerve cells. Hydrogen peroxide also reacts when exposed
to other chemicals and elements in the body such as iron that can cause even more
cellular damage.

To address this problem what is required is a variety of anti-oxidants, (mostly vitamins
and minerals) that keep the oxidative damage from occuring, and in some cases, even
repair the cellular damage and loss of fluidity that has occurred.

Antioxidants include Vitamins A (beta-carotene), C, and E, the minerals zinc and
selenium, alpha Lipoic Acid, Co-Q10, inositol and bioflavonoids.

Structure of a Nerve Cell

One significant difference between nerve cells (neurons) and other body cells is that
mature neurons do not typically reproduce. If a neuron dies, if for example by oxidative
damage, then that cell is normally lost forever.

The brain and spinal cord are comprised mainly of nerve cells (neurons). There are
significant differences between a nerve cell and other cells in the body. Nerve cells have
a number of "tentacles" which stick out from the cell body called dendrites. Dendrites
receive messages from other nerve cells. Then there is the axon of the nerve cell that
protrudes farther away from the cell body than do the dendrites. The axon sends the
message to be picked up by other cell’s dendrites. There are many dendrites on a nerve
cell but there is only one axon.

The nerve impulse always flows to a dendrite, through the cell body, and down the axon
to the next cell’s dendrites. The next cell repeats the process until the message reaches
its destination at the end of the neural pathway. At the end of a peripheral neural
pathway, the nerve cell will connect to a muscle or an organ, etc in the body system.
The process of learning causes new connections to be made from one neuron to
another. As the connections are repeated over and over, the cells form a deeper, wider
neural pathway much like a cow-trail in a pasture. The more cows that repeatedly use
the trail the deeper and wider the trail becomes. When connections are unused for a
period of time, they begin to die off and are pruned by the body much like the cow-trail
will fade and overgrow when the cows quit using it.

These neural pathways are ultimately covered with an insulating coating called myelin.
Myelin is a fatty sheath that is formed by another type of cell called a Schwann cell. The
whole human brain takes years to myelinate starting in the lower parts of the brain and
insulating upwards to finally myelinate the cerebral cortices. This process starts soon
after conception and continues on until about 20-23 years of age. The myelin sheath
forms by wrapping itself tightly around the axon like wrapping electrical tape around a
live electrical wire. Myelin assists the neuron to send neural chemical messages more
quickly and keeps the signals from bleeding over into other impulses from proximal
neurons.

Myelination of the brain has a direct correlation to brain development and lack of
myelination or slow myelination correlates directly to developmental delays. Beginning at
about two months of age, myelin formation in Down Syndrome slows in the brain as
compared to genetically normal children.

The Schwann cells which make up the myelin sheath consist mainly of the cell
membrane and very little cytoplasm. The cell membranes of these cells are made up of
a lipid-protein mixture that is slightly different than other types of cells. This makes the
myelin to consist of a higher proportion of lipids or fats than any other type of cell. A
majority of these fats are docosahexaenoic acid, or DHA. DHA is an essential fatty acid
and part of the omega 3,6,9 supplements.

The end result of the synaptic firing of neurotransmitters is thought processes, muscle
movement, organ and glandular function, and pain sensation to name a few.

Function of Neurotransmitters in Down Syndrome

Acetylcholine is the primary neurotransmitter in the central nervous system that activates
muscle fibers, releases hormones, and is essential in the learning and memory
processes of the brain. Choline and inositol are what the body uses to produce
acetylcholine and can be supplemented to help overcome a shortfall in the body.
In Down Syndrome there are fewer acetylcholine receptors in the brain causing some of
the memory and learning problems seen in Down Syndrome. This is because the nerves
involved in these two processes are stimulated with less frequency and therefore have
less opportunity to develop normally.

A lack of acetylcholine also accounts for faulty communications in the endocrine system
resulting in glandular and hormonal shortfalls in the Down Syndrome patient. One such
shortfall is in Human Growth Hormone (HGH) causing problems as short stature.

Serotonin is a neurotransmitter that controls blood pressure, sleep cycles, peristalsis
(the movements of the intestines), and control of behavior (mood and aggression).
Tryptophan is a primary amino acid which is converted into serotonin and requires
vitamins B-6 and C for that conversion. Serotonin levels in the blood and cerebral spinal
fluid are deficient in the Down Syndrome patient.

Serotonin is also used to produce Melatonin which works in the sleep center of the brain
to promote proper sleep. The brain releases the highest levels of Human Growth
Hormone during the stage of sleep called Rapid Eye Movement (REM) sleep which
helps to provide normal growth.

Dopamine is the neurotransmitter that is involved what is called high order association
which is the process in the brain that brings two separate pieces of information together
for critical thinking. Dopamine is very important to the reward/pleasure sensation.
Dopamine also controls physical movements and coordinates processes in the brain.
Tyrosine is a precursor to the production of dopamine.

Norepinephrine helps the brain to process sensory input from eyes and ears and tactile
functions. It also regulates sleep cycles and influences anxiety and arousal.

Tyrosine supplements help to increase the levels of norepinephrine which is found to be
decreased in Down Syndrome patients.

Email ThisBlogThis!Share to TwitterShare to FacebookShare to Pinterest
Labels: down syndrome