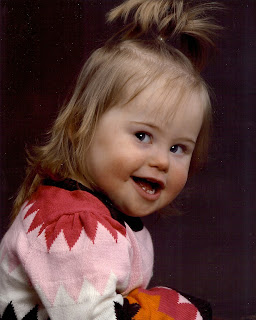 Tomorrow will mark two weeks since we returned home with Nika ... and she is doing awesome! She especially loves her big brother ... and I think the feeling is mutual. She is getting along great with her sister too, but there is a little bit more sibling rivalry going on there. Aside from that, they have fun playing and taunting each other.

Nika continues to love food ... pretty much anytime I walk into the kitchen, she comes crawling. LOL. She is definitely getting a little more picky with what she eats though ... we gotta work on that.

I think Nika is understanding English more and more ... in fact, sometimes she responds to things I say in English better than she does the Russian version. I wonder if that means I am not pronouncing the Russian version correctly. Ha. Whatever ... we are communicating just fine and she is picking up sign language like an old pro. I turned Signing Times on the other day and she sat there and mimicked every sign they did. She is going to show her sister up when it comes to signing, that is for sure! Oh ... and she is now saying "Mama"!

The one thing Nika continues to despise is the bathtub. I have noticed she tends to react worse when the water is running. Anyone have any idea why this would be? We were told the kids were only "officially" bathed about once a week in the baby home, but I just wonder why they are all so afraid of the bathtub?

Nika saw the cardiologist today ... I updated on our other blog about that ... good news and bad news. She will see the pediatrician and eye doctor on Thursday, the ENT in a week or two and she has her evaluation for Early Intervention just after the new year. She is definitely keeping me busy!
Posted by Bethany at 1:02 PM