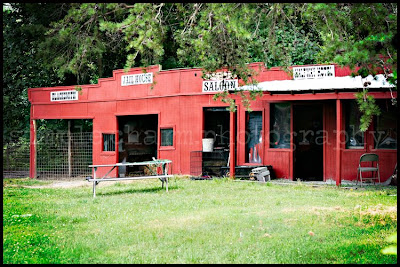 For Field Trip Friday, my sister-in-law and I took the kids to a local ranch ... err so they call themselves. I think it is more like a farm, but we'll stick with ranch since that definitely sounds much more intriguing.

We had to drive separately in order to fit everyone and as we pulled in, we saw the ranch and the big grassy field that said PARK HERE. The only problem was there was not one car ... nada, zilch. My sister-in-law and I looked at each other through our car windows and died laughing. Before going, I had referred to the ranch as a hokey ranch in BFE ... and this just seemed to prove my point.

That said, we ended up pretty much having the entire place to ourselves, along with a personal tour guide ... which ended up being really nice. It only cost us $6 per person to get in and that included a free pony ride and hay ride. Plus the kids got a huge bucket of feed for the goats.

So all in all, our visit to the ranch ended up being a good idea. 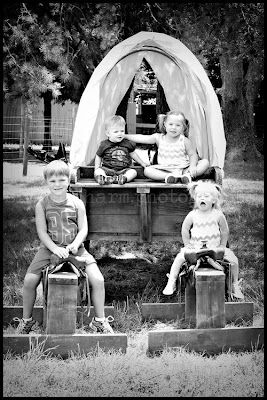 Mason refused to feed the goats ... I think he thought he was going to lose a finger. Payton, however, agreed to at least throw the feed to them. Look at the way the goats are looking at her in this picture, like Hey Chicky, are you gonna feed us more or what? 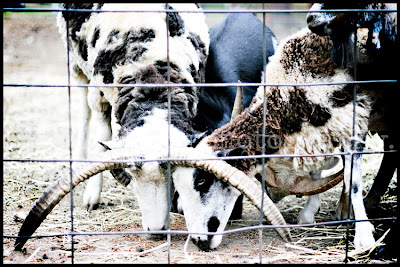 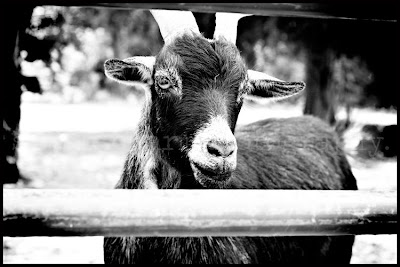 Ms. Nika stayed back from the goats ... 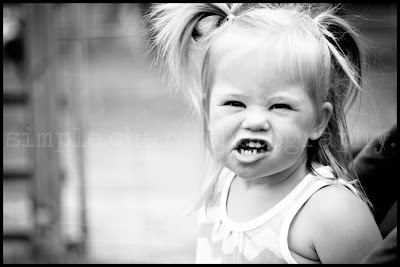 Isn't this the coolest llama you've ever seen? Actually, I think the picture did him a lot of justice. And check out the catchlights in his eyes! Go me! Haha ... if you know nothing about photography, you probably think I am a nutso right now. 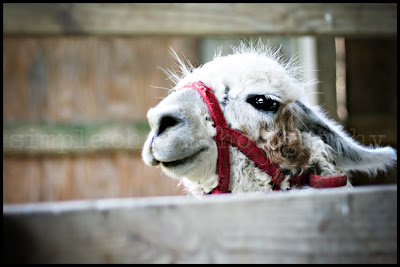 Nika got a little ballsy, getting up close and comfortable with the pigs. What you don't see in this picture is the sign hanging above her head that said CAUTION: PIGS BITE. Alas, I didn't notice the sign until after I snapped this picture. And then Nika stood up and slipped, causing her foot to land right in the muddy pig slop. Lovely. 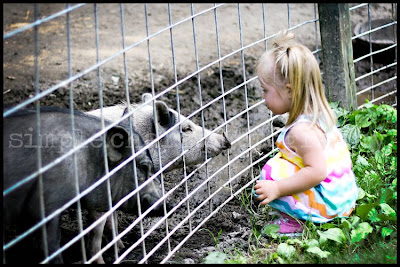 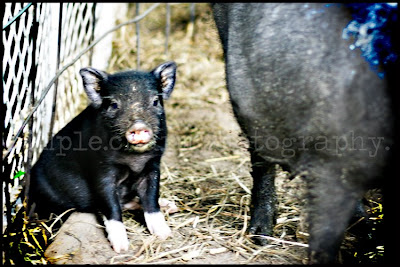 There was an 8-day old baby goat. It was so cute and teeny tiny, like the size of a cat. 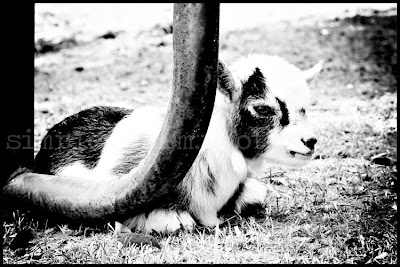 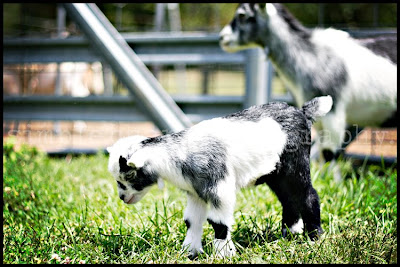 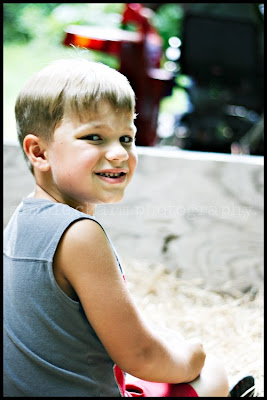 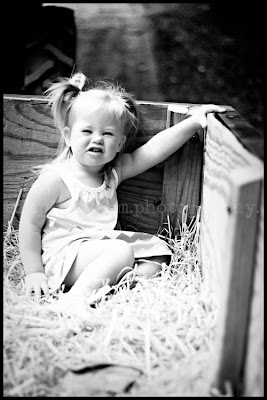