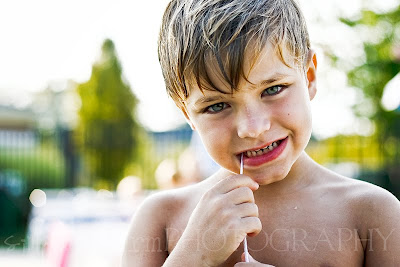 Mason will be starting full day kindergarten on Tuesday. We met his teacher and her assistant, both of whom I like very much. I am super anxious about him starting school for a number of reasons ... mainly because I hope he keeps his behavior in check. He had some problems with impulsiveness in preschool and I really hope he understands ... or should I say remembers ... that it is inappropriate. I have been reviewing the rules with him and he gets so annoyed with me, as if I have no reason to be reviewing rules.

I also am really concerned about his learning ability. He is not grasping some of his letters by sight and his numbers are a huge concern as well. I feel like I already need to have a conference with his teacher ... and school has not even started yet! 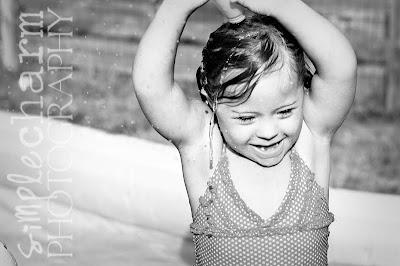 Payton also starts school on Tuesday ... and she is going to be riding the bus! There is a separate preschool bus that comes directly to our house to pick her up. I am really anxious about her riding the bus ... I mean, she is three. I refused bus transport last year for her, but this year there is no way I can drive her since I have three kids going to three schools and loading three buses at three different times ... remember? Of the three kids, Payton has to go the furthest. The reason for this is that we were able to get her in that 6/6 classroom, which is only available at certain schools.

Payton and I were able to go see her classroom and meet her teacher, as well as the two aides. I really like all three of them, especially the aides. Her teacher was very nice, however she seemed sort of harsh to me. Harshness aside, I think she will be a great teacher from a learning aspect.

After fighting for it the entire last school year, I finally was successful in getting one on one speech therapy for Payton at school. So ... she will be getting that, in addition to her private speech therapy that I take her to twice a week.

My biggest concern is that Payton will be in school five days a week, in the afternoon. She still naps, so I hope she doesn't get so tired that her learning and behavior are affected. I am praying that she keeps so busy that she doesn't even realize she is tired. Oh, my poor sweet girl. 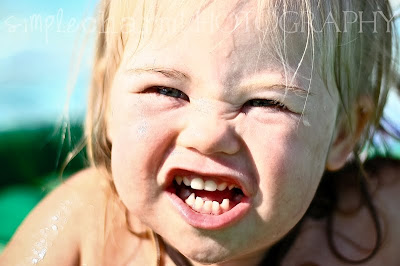 Addison starts school on Wednesday ... yikes! Didn't she just come home from Russia ... err something?! She will be attending school two mornings a week and she will also be riding the bus. Talk about anxiety! I feel like I'm throwing my baby to a pack of wolves!

*sigh* But ... for the aforementioned reasons, I cannot drive her. And I know my sanity will be so much better if I just let all three kids take the bus, but seriously ... people normally don't have to do this for the first time with all of their kids at once!

We have already had our first home visit with Addison's teacher and I think we are going to have a great year. I really like her and it seems like she has a great communication system with families, which I want. I feel comfortable that she will adapt to Addison and help her in her adjustment. I plan to push for another day, as well as one on one therapies at school. I also have a private speech evaluation scheduled, since her county therapy services have now ended.

So let the games begin! I think I thought I would have more time on my hands once school starts, but I am no longer convinced that is the case!