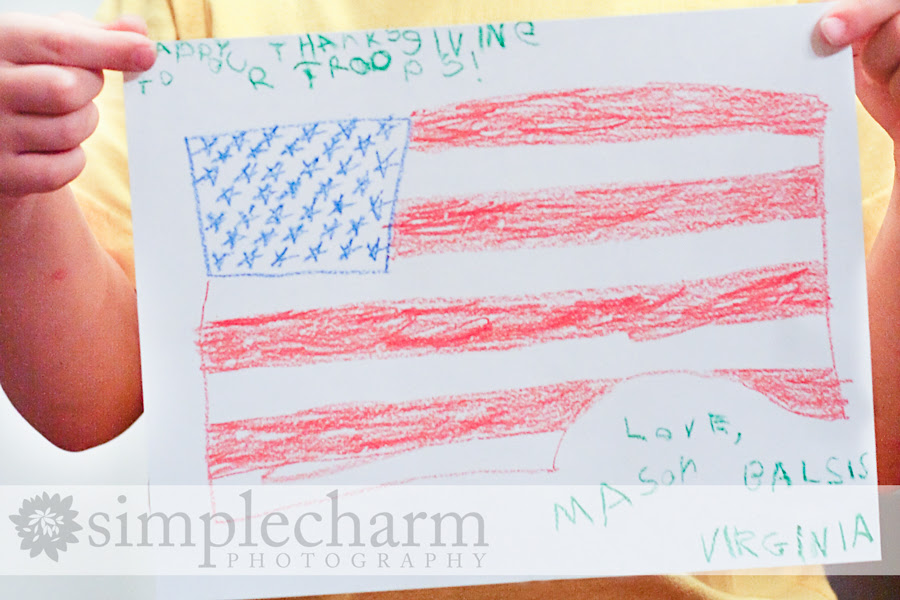 Last week, I posted a plea for your help in supporting our troops. The response that I got was overwhelming ... thank you so much to everyone that asked for the address and has sent food!

A couple days ago I sat Mason down and explained the war to him a little more. We looked at pictures online from Afghanistan and he had a lot of questions ... mostly, "Who is that?" and "What is he doing?"

We talked about soldiers and I also explained to him that many of the soldiers are mommies and daddies that have to leave their families to go fight in the war for our country. I wanted him to understand it on his level, hoping that he would realize that perhaps some of his friends have parents that are deployed.

We talked about the Thanksgiving drive and how we were going to send some fixins to the soldiers so that they could have a nice meal like us. 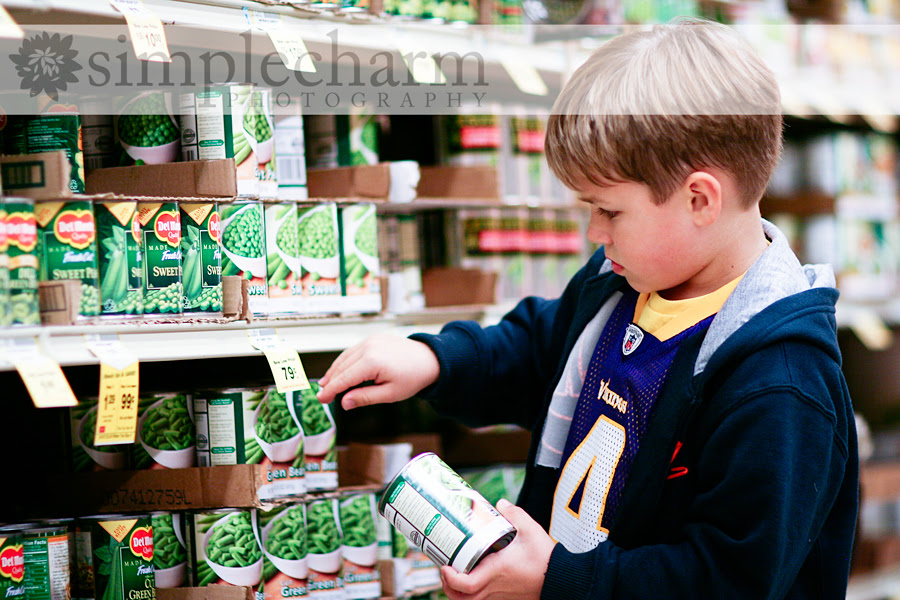 We ended up with an assortment of things ... 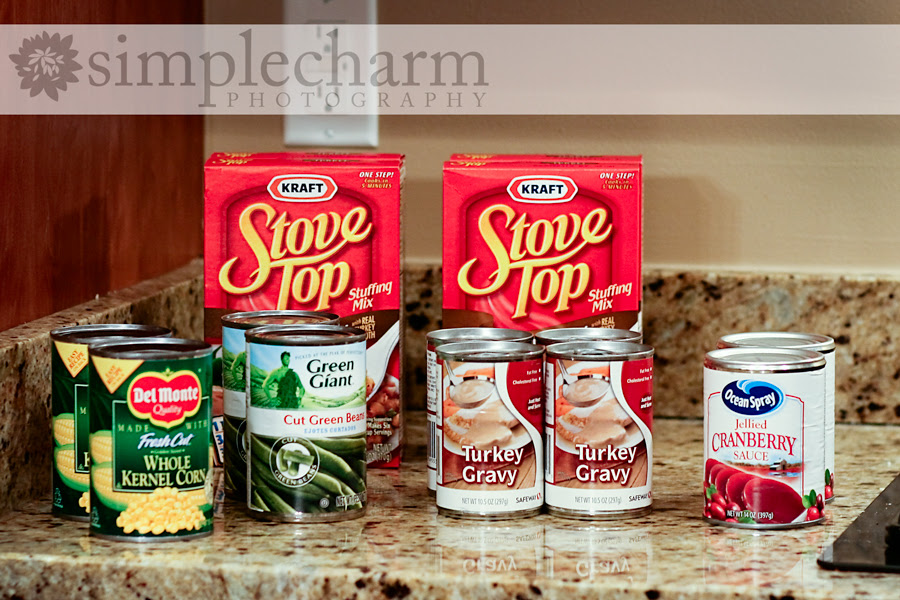 Mason wanted to draw a picture for the troops to include in the box ...

And then we packed it all up, ready to be shipped ... 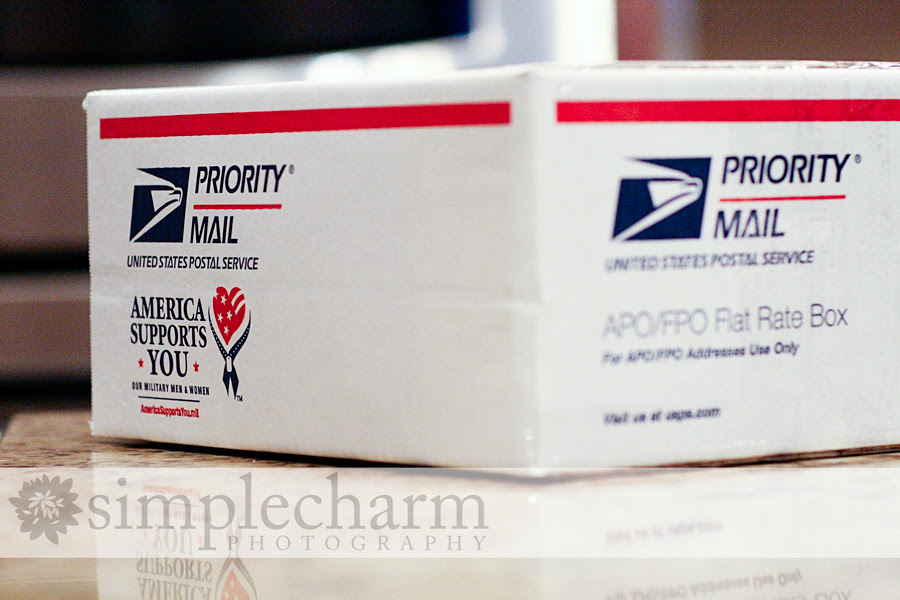 The day after we took the box to the post office, Mason asked, "Mommy, when are the Indians going to send us food?"

Sounding confused, I said, "Do you mean the soldiers?"

I'm not quite sure where he got Indians out of all of that ... or why he thought they would also be sending us food.

I wonder how bad I confused him? It is hard to explain something like a war to a child!
Posted by Bethany at 11:42 PM

Email ThisBlogThis!Share to TwitterShare to FacebookShare to Pinterest
Labels: troops