Last night we decided to go into the city* with some long time friends of ours ... all of our kids have been cooped up over the holidays and itching to play together.

We went to ESPN Zone for games and dinner ... the kids love that place. 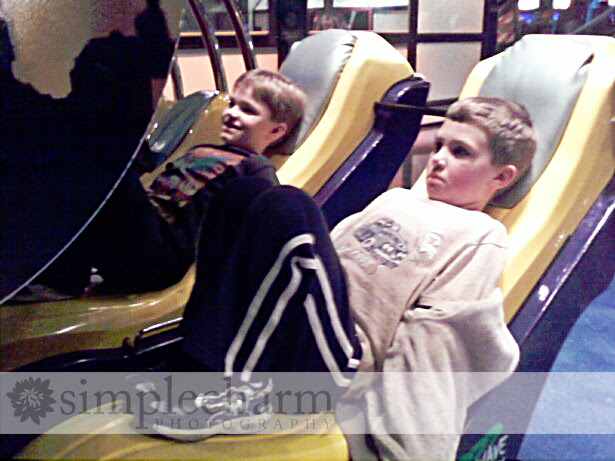 Mason and his best friend, Alex. They have known each other since they were a year old.
Dinner was quite an experience ... if you are someone who enjoys waiting 30 minutes for your drink to show up, then I recommend this dining experience for you. Ha.

After dinner we went over to the White House to see the National Christmas tree. Earlier in the night, I realized I forgot to put the battery back in camera ... so pictures courtesy of my camera phone it was. I hate when that happens. 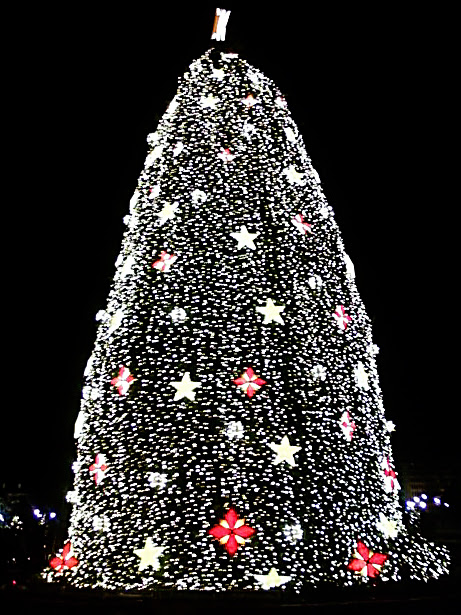 Isn't it beautiful? Just imagine how much more beautiful it would be if the picture was clear. Ha.

Surrounding the large tree are smaller Christmas trees ... one for each state and U.S. territory. And off to the side is a giant yule log* and a manger scene. 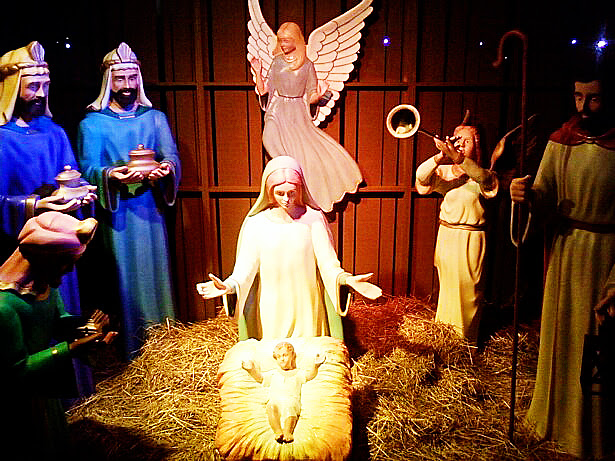 *The yule log was not lit ... although they clearly had tried, evidence of the fuel smell. I'm guessing the logs were too wet after all the snow and rain we have had. It was a shame, since I heard it is a pretty amazing yule log fire. The fire pit was about 10 feet in diameter ... you can only imagine how large the fire would be.

We love hanging out with our friends, The Zampinos. We each have three kids that are all the same age and the same sex. We met them years ago when the boys were in daycare together. Now ... our kids* are literally obsessed with each other.

The middle girls ... Payton and Hannah ... held hands the entire night ... it was so cute. The thing that I love the most is that Hannah could care less that Payton has Down syndrome. Hannah talks to Payton, explains things to her and Payton says, "Yeah?" 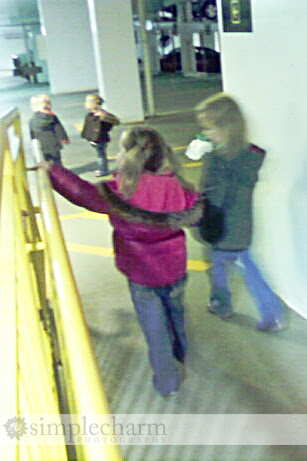 The girls walking through the parking garage ... holding hands.
The youngest pipsqueaks are also hanging tight in this picture.
Posted by Bethany at 9:54 AM