It is a nasty little thing. In addition to strep, it has overcome our world. 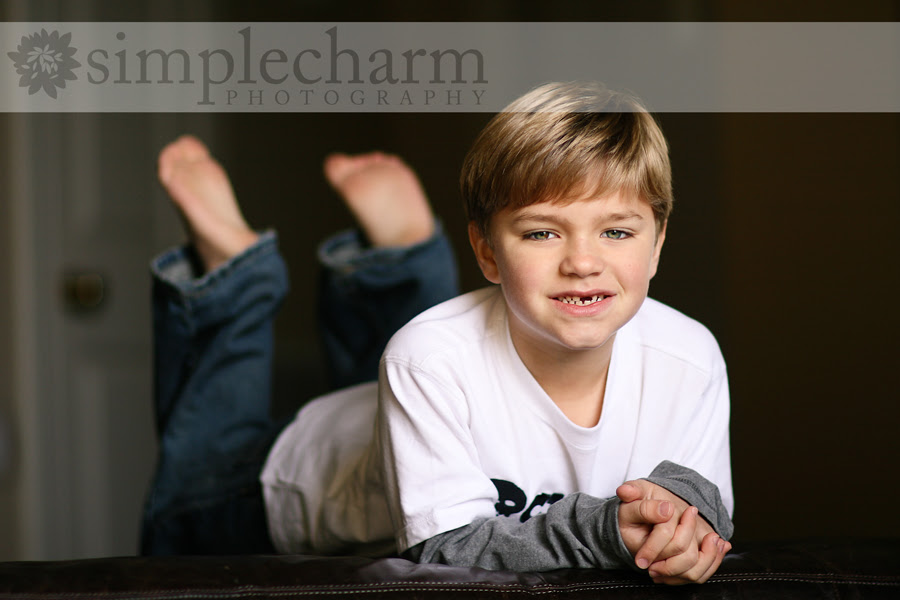 This picture was taken when Mason was home sick with strep ... poor kid looks out of it.
Back in October, Mason was diagnosed with Molluscum. Our dermatologist applied Canthacur to each of the spots he had at the time and sent us on our way. Each of the spots blistered, scabbed and left nice little scars all over his body.

While we were trying to kill the spots he had, new ones appeared. And they keep appearing.

We were given a topical cream to put on any new spots, but insurance limits the amount of cream we can have in a certain time period and the teeny, tiny packets it comes in are not nearly enough to cover all the spots he has. Our hands have been tied and we have applied cream as we can get it.

It sucks. And it frustrates me.

This evening we went back to the dermatologist ... only our old one has left and a new one replaced her. A new one with a really snotty, holier than thou attitude ... not to mention her complete lack of bedside manner.

Poor Mason ended up in tears after they applied Canthacur to a few spots that had busted open. Really -- was that a good idea? And ... she refused to treat more than 10 of his spots -- so I guess we leave the rest to keep growing? Pff.

I was so furious with this dermatologist -- I am not sure why I didn't walk out in the very beginning like I started to do. That was after she lectured me for being 10 minutes late, thanks to a car accident that closed two of three lanes of traffic.*

*I'm sorry lady, but you didn't have to see me if it really was putting you out. And considering I typically wait an hour to be seen in this office, I'm pretty sure you have no room to talk. And I could care less that your nurse is having to pay $1 per minute right now for her daycare -- hardly my problem that she did not make childcare arrangements when she knew she needed to be at work. And I also don't care that it wasn't you that has made me wait in the past -- the point is you work for this practice, and I'm sorry if you don't like all that comes with it.

Mason also has a bit of a yeast infection in his underwear area. He has never had anything like this before, but I assume it came after he was on Augmentin for a few days after Christmas. I had the dermatologist look at it, however she was convinced that it was Eczema.

Umm no. He has never had Eczema before ... and knowing how easily he sweats and how moisture is probably having a hay day in that area, it is so a yeast infection. She even agreed that Eczema typically does not present like this, but she decided she needed to disagree with me and treat it as Eczema.

I disagreed and already had it in my mind that I'd take him to the pediatrician to see what they think. I also knew I already had some Lotrimin to treat it with -- hoping that would help.

So ... just for curiosity sake, I asked the dermatologist if the product she wanted to use for treatment would treat both Eczema and a yeast infection -- ya know, kill two birds with one stone. She told me that no, it would not, and in fact it would make a yeast infection worse.

Oook. That went in one ear and out the other ... I'll take this matter into my own hands.

Seriously ... this entire experience made me so mad. I honestly have never come across a doctor as rude and hoity toity as she was. Blech.

I'll be finding a new dermatologist ... quickly. I let them know I would not be returning and the dermatologist said, "Well, you need to follow up with someone."

Seriously lady. I do plan to complain to the head of the practice ... it is a shame that they hired someone like this to take the place of what was a wonderful dermatologist. I can only imagine how many patients they are going to lose.

Email ThisBlogThis!Share to TwitterShare to FacebookShare to Pinterest
Labels: Mason (aka: Bubba), molluscum