I have quickly come to realize how pesky strep can be. It has plagued our family over the past month ... it is time for it to move on. Swiftly.

Three kids with strep leads to a fridge full of antibiotics. 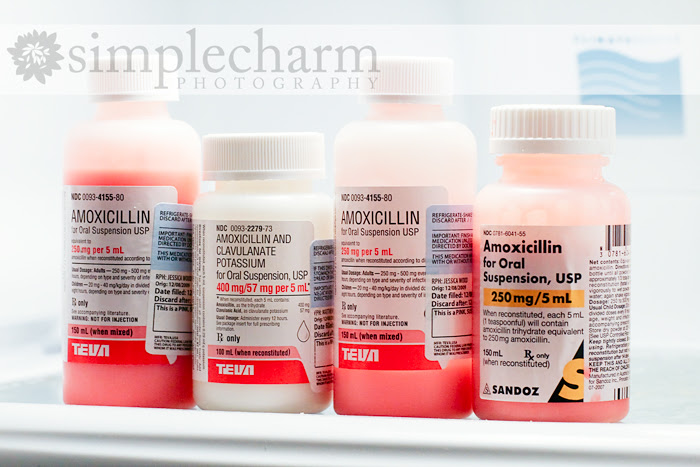 Mason was also tested on December 28, but his quick test was negative. We decided to treat him anyway, at least until we got the official results back. Those ended up being negative, so we stopped his antibiotic.

On December 29, Kyle and I both went to be tested, since we both had sore throats and headaches. It was late in the day, so we had to wait for our official results to come back.

On January 2, the results showed that Kyle was positive for strep. My test had not come back yet, but they decided to just treat both of us with antibiotics.

So once again our house is full of antibiotics ... of a little different variety.

The girls will return to the doctor once they complete their antibiotics for another strep test. We want to make sure it is completely gone this time. It has really affected Addison the worst ... poor thing.
Posted by Bethany at 10:47 AM