As she approached four years old, my anxiety grew over enrolling her in dance programs or sporting events. I knew ... had she been born without that extra chromosome ... that I would have enrolled her in all of those extra-curricular activities without a second thought.

But I stalled with Payton.

I just wanted her to be accepted and I feared it would not happen like I had hoped.

And then someone smacked me upside the head. And I saw how excited Payton was when she played "ball". How could I withhold that from her in light of my own insecurities?

So I told my husband I'd enroll her in blastball ... the level before tball ... if he coached. Ha. Nobody messes with the coach's daughter, right? Ha.

She winds up, she swings and she hits the ball! 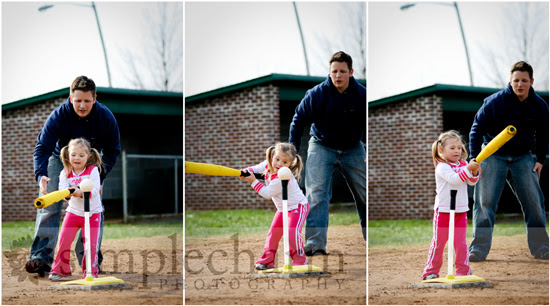 And the base squeaks -- err, blasts -- when the kids step on it ... hence the blast in blastball. 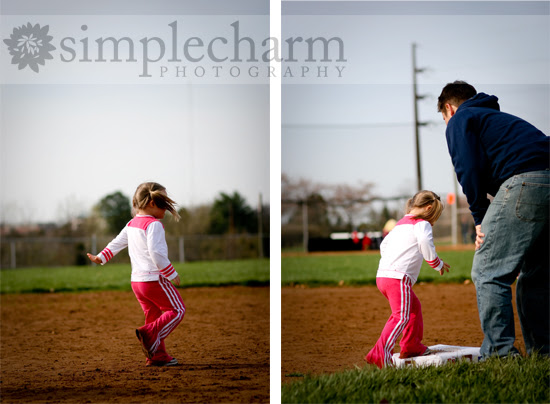 She fields the ball ... and she throws! 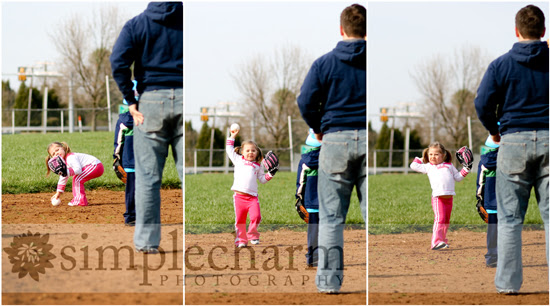 Enough with practice ... it is game time! 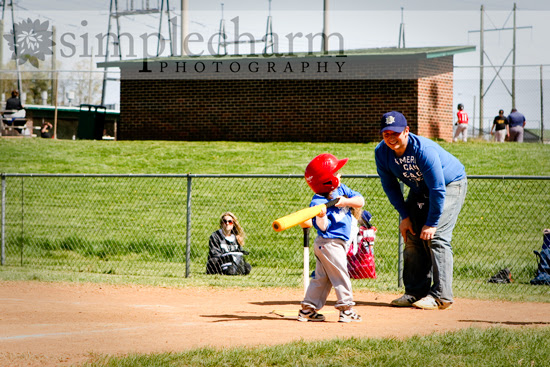 Payton has done awesome playing blastball. She might not understand the game at the same level as the other kids, but sitting there watching her do what she is supposed to do ---> PRIDE.

Pure pride beyond words to even explain. I have always been so proud of Mason and all that he has done in tball, but Payton ... it is so different. So, so different. 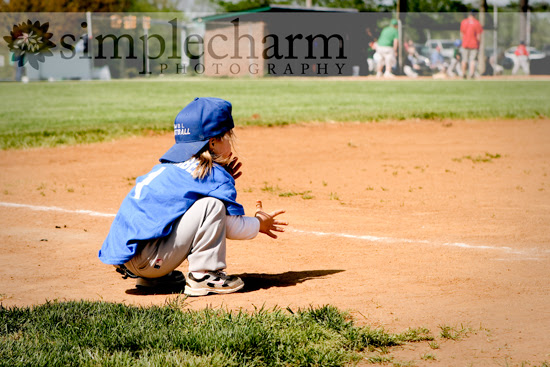 This chick has my heart. Sassy as she is.

Uhh Chicky ... aren't you supposed to be out there playing ball? 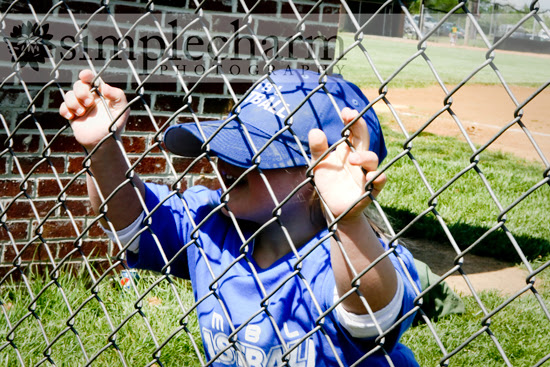 Mason has deemed himself Assistant Coach of Payton's blastball team. And man ... he is so proud of himself ... and his sister. He was quite miffed to learn that he didn't get a team shirt though ... after all, shouldn't the Assistant Coach get a shirt?

Lucky he has one of his own ... for his own tball team. 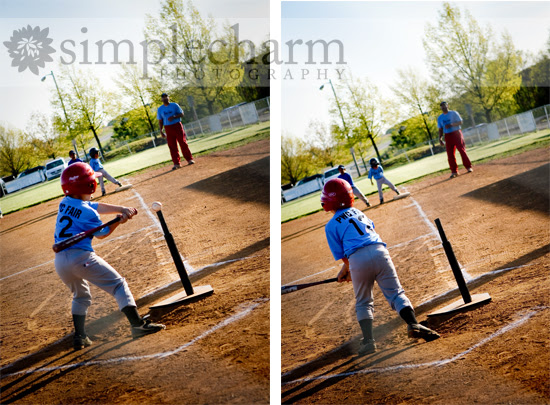 We have always thought Mason was really good for his age. Parental bias, I suppose. Until the other day we received an email from his coach asking if we would mind if they moved Mason up to the next level ... the Rookies. We told them we would be honored ... we will see what happens.

Mason is a big kid. A big kid. My husband has always made fun of the way I run ... apparently I "don't know how to run". Whatever.

Sadly, I think Mason has the same problem. Poor kid. I don't think he quite knows how to handle his cute-little-large-self when he needs to move faster. 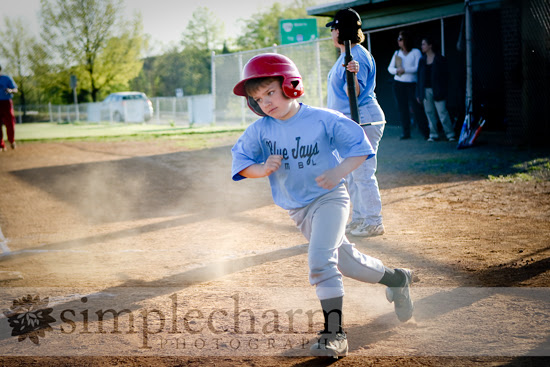 Is it true that with every baseball player comes a broken window? I totally just made that up.

Because we got ours. 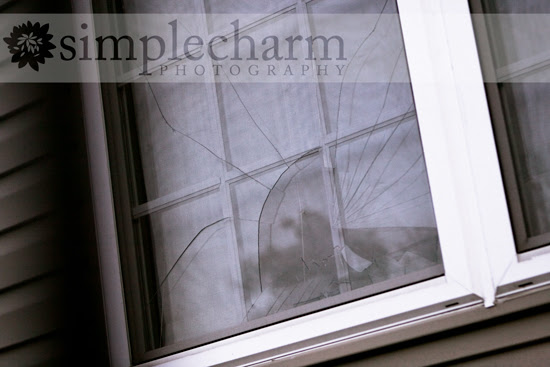 Mason and his father were hitting balls in the backyard yesterday. SMASH. Uh ... they were in so much trouble! Mason hit the ball and knocked out the window in the far corner of the house ... he definitely has a good swing, I guess?

Little stinker. Do I make him or his father pay? Ha.

And for now, Nika is happy keeping the bench warm in the dug out. Looking cute, watching her brother and sister play "ball". 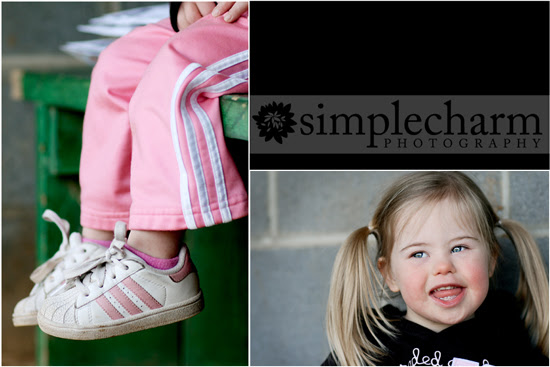