Are you ready for some football?!

Mason decided that he wanted to play tackle football this past fall. I don't think I quite realized what I was getting myself into ... I am still shocked we never ended up in the emergency room.

And when you put a big kid on a football field with a bunch of smaller kids ... well, let's just say the smaller kids ganged up and hung on Mason as if he was a monkey bar. And oh, that made him sooo mad. 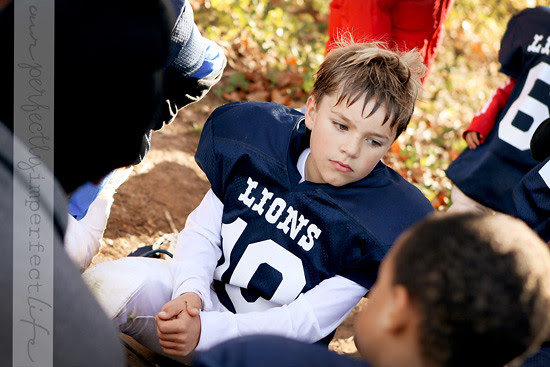 But he loved the game. 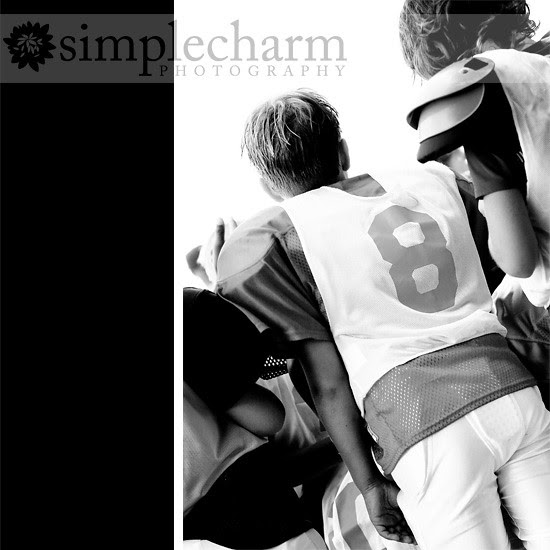 Mason has been asking to go to a NFL football game ... he would prefer to see Brett Favre and the Vikings play because that is the one player that he really knows. Yes ... we are cheeseheads and yes ... we still like Favre. I think. Actually, ask my husband.

But we live in Redskin country.

And we knew he needed to see the pros play, because clearly he thinks that you tackle opponents by grabbing their face mask and pulling them to the ground. Oh wait, maybe he learned that from his opponent.

And if you were to tell Mason not to pull on his opponent's face mask and if he were to tell you, "I didn't ... they pulled mine!" ... then perhaps you could show him the evidence. Just sayin. 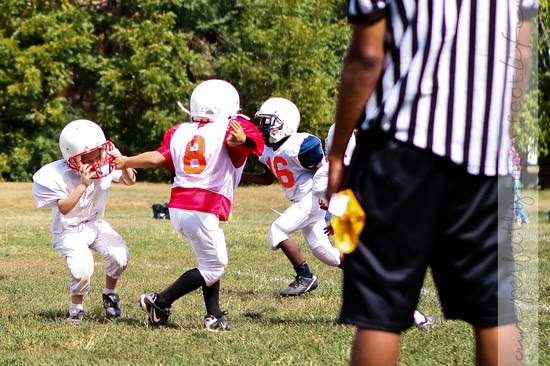 Today ... Mason's wish came true. His Daddy took him to the Redskins/Giants game and he was ecstatic. Since I was not there, I asked Kyle to share some key moments with me ...

*It had started raining soon after we got there, but Mason did not want to wear his poncho ... you know, because then nobody would be able to see his Redskins gear. 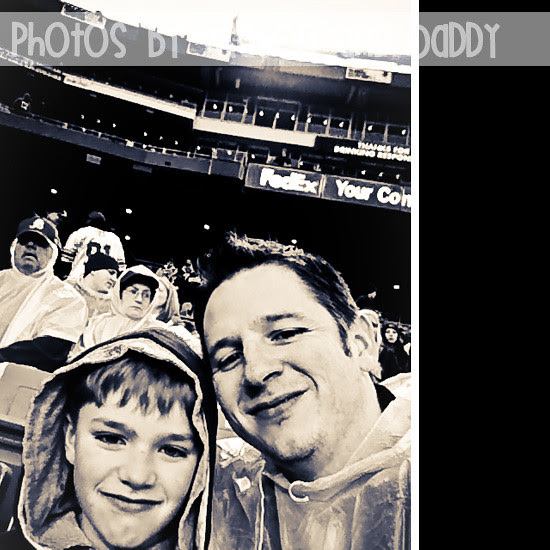 *When the Giants ran on the field ... Mason asked, "Why are they booing?"

*A highlight of the day for Mason was when the Redskins started to blow up their inflatable helmet ... he thought that was awesome. 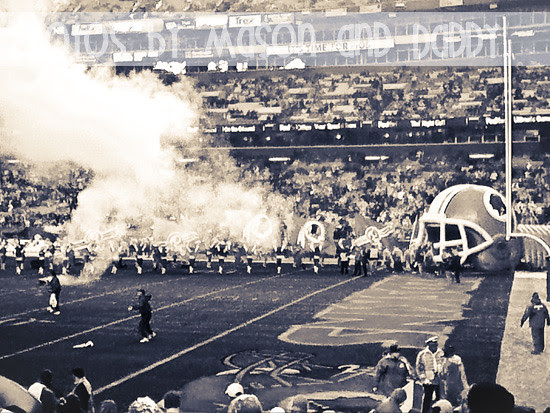 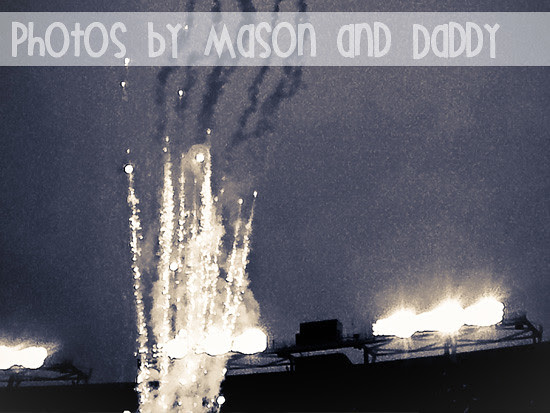 *Mason loved the rap music that was played in between possessions.

*Mason wanted to know why the crowd was booooing Cooley ... when really they were chanting, "Cooooley" ... and he thought that was awesome. 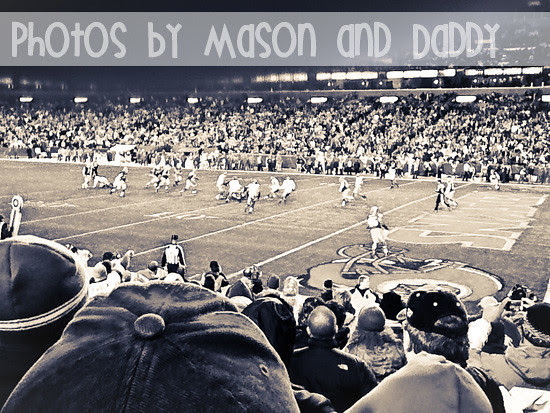 *Mason wouldn't leave the game until the last second was off the game clock ... even though the entire crowd had left the stadium with 45 seconds left and the Giants had the ball. "They still have a chance!" 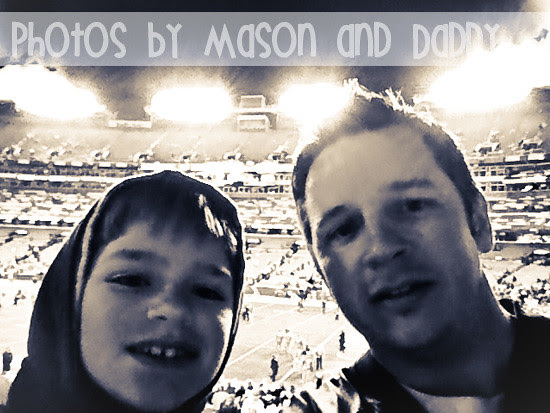 *After the game was over, Mason wanted to know if the players were going to get paid ... and if we could stay to watch. I told them they would probably get their paychecks in the locker room. Ha.

*As we were leaving the game, Mason wanted to go to the nacho stand to get more nachos. But sadly, it was closed.

I'm sitting here grinning from ear to ear ... nothing makes me happier than making my kids happy. As much as I would have loved to have been sitting right next to Mason at the game today, I love that he got to spend that time with his Daddy. And even more so ... I love that he thought it was so awesome.

Meanwhile, I was home with my girls ... playing games, laughing, putting together puzzles, chatting, snuggling for naps, giggling ... just loving them and loving life. Sometimes, it just feels so good to do nothing else and take things in slow motion. I guess that is why it hit me extra hard tonight when Payton said, "Night night, Momma."

She may not speak like her peers, but when she does ... it rocks my world.
Posted by Bethany at 12:35 AM